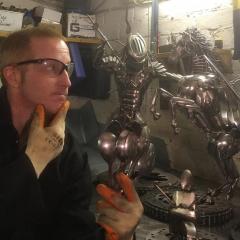 By BirdmanMetalSculptor,
March 26 in Audi A4 (B5) Forum